A Hairy Tale: The Story of 'Daddy Hairdo'!

I came up with the idea for Daddy Hairdo whilst on the Children’s book illustration course at Cambridge School of Art. I was a mature student who had been out of the creative world for ages. I was frantically trying to keep up with some of the most imaginative people I had met. I knew that any story I wrote would have to be really fresh and original.

One of my inspiration sources for stories had been my grown-up daughter. I loved listening to her take on childhood. One evening, when I was back from college, I was talking with my daughter and she started to recall some fragments from pre-school life. My middle-aged brain started to remember a rather bizarre episode in our family life. When Carys was attending nursery, I was working in a Mental Health Crisis Team and I would regularly do night shifts. Each morning on returning home and walking through the front door, a  half prepared girl-child would be thrust into my arms by my wife as she dashed off to work. So once an outfit had been chosen and breakfast cereal thrown around the kitchen, there was one thing prior to getting out the pushchair…  Carys’ hair had to be done.

The first few times I gathered up her golden locks in one mass hairy conglomeration and wrapped an elastic band around it. This apparently was a pony tail. After a bit of practice I was able to get the ponytail to come out of the middle of the back of her head. After even more practice I was able to make a ponytail without trapping my fingers in the creation. Then my wife told me there was a drawer in Carys’ room that was full of things called ‘bobbles’ and I was not to use the dirty elastic bands that the postman had dropped through the letterbox anymore.

Now even deeper into my youth, I used to be the singer in a rock ’n roll band. I had long tresses that I would shake during the guitar solos, a fringe that I would peer out of sullenly and mysteriously but by the time parenthood struck I looked more like a Mitchell brother than a Gallagher brother. I missed coiffuring. My new role as a stylist to a three-year-old would allow me to fill this gap.

So after my tentative steps with the classic ponytail (and my new-found awareness of the drawer full of bobbles) it was time to let rip. While Carys munched through her cereal I started creating. I had discovered the three-stranded marvel that is a plait. Well if you can make one plait you can make two. How about three plaits? Had anyone even thought of this before? What if you get another bobble and join the plaits over the crown of the head…It was almost like a pyramid! All the while my model crunched away on her cereal, oblivious to what was happening.

As Carys refused to have her hair cut, I was getting more and more material to work with. My imagination and the bobbles’ tensile strength were the only limitations to my creativity. Once the masterpieces were created they (and the little girl who was attached to them) were delivered to nursery. My work was done.

Flash forward sixteen years and Carys is a young woman. She is telling me some home truths.

“Well as soon as you dropped me off at the nursery, the nursery nurses would dismantle your creation and say in an exasperated voice. “This looks like another ‘Daddy Hairdo’.”

Now I can’t deny some disappointment but I picked up my pen and started scribbling… I had encountered inspiration. A hilarious story for anyone who has ever had to tangle with a head full of hair!

When Amy is born she doesn't have much hair. Not for long! Soon her hair is the stuff of fairy tales - so long she could throw it down a tower to let up a handsome prince. Only, hair this long is also really inconvenient, especially on windy days. So Amy's dad comes up with some innovative solutions, and soon EVERYONE wants one of Daddy's Hairdos!

A brilliant book from new talent Francis Martin and rising star Claire Powell, illustrator of Have You Seen My Giraffe? 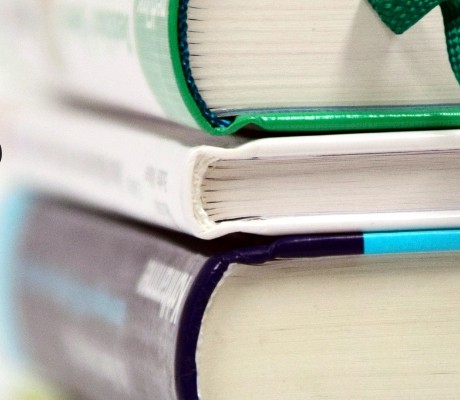 How to help readers find your books