Rob Lloyd Jones and the Tomb of The Emerald Snake

There is Treasure All Around you

I always wanted to be Indiana Jones.

As a boy I thought all archaeologists carried whips and got into fistfights. They travelled the world and found treasure regularly, with very little effort. It just seemed to be everywhere. Punch a bad guy, dig a hole, and hey presto. I genuinely thought there were goodie and baddie archaeologists. The former were sworn to protect relics, the latter to steal them and sell them to swarthy individuals on the black market (which I thought was an actual market somewhere in London).

I read about Howard Carter opening Tutankamun’s tomb, and his breathless reply when asked what he saw – “Wonderful things”. I pictured myself prising open tomb doors and hoped my words would be equally memorable, rather than just ‘OH MY GOD ITS FULL OF GOLD!’

These were childish thoughts, right? I’d grow up. I wouldn’t have spots anymore, which was good, and I’d no longer want to be a treasure hunter. I’d want to be a management consultant or something. And that was fine. I got it.

But they didn’t go away. I mean, the spots did. Mostly. But the dreams of treasure remained. After school I spent a year in the Middle East, travelling and working and staring in disbelief at the monuments of the ancient world. And wondering. Was there still treasure out there?

I wanted to know. I went to university and I studied Egyptology. I learned how to read hieroglyphs. I read books about famous figures from the early history of archaeology. Heinrich Schliemann discovering Troy, the circus strongman Giovanni Belzoni dynamiting his way into Egyptian pyramids. But mostly I sat in libraries. I loved ancient history but the dream of treasure began to fade. More and more I nodded along with academics that insisted a fragile scrap of a papyrus document could tell us more about an ancient culture than a tomb full of gold. That scrap of papyrus was their treasure. It was adult treasure. Intelligent treasure. Not the silly stuff from movies.

I went on archaeology digs, but didn’t find much treasure on those either. I couldn’t remember Indiana Jones being in waterlogged trenches in Wales. Indiana Jones and the Fields of Mud?

I dug up some shards of pot. A Fanta can. A Roman Coin that turned out to be a half pence piece, which still seemed quite exiting because you don’t get them anymore, but wasn’t really treasure. There didn’t seem to be any treasure. My back ached. My knees ached. I started wondering how comfortable office chairs were in management consultancies.

Treasure slipped away from me. I didn’t become a management consultant, I became a writer and a father. I wrote thrillers for children, set in Victorian London. I loved it. Stories and words, they made me happy. But it was still always there, that hope. There was still treasure somewhere, wasn’t there?

Last year, I went back to Egypt and visited Tutankhamun’s tomb. It was almost empty, because hardly anyone is going to Egypt anymore, sadly. I stared into the royal sarcophagus, at the coffin and the mummy of the boy king. I muttered something sad about treasure.

Behind me, a voice replied, ‘There is treasure all around you.’

It was my guide. He was grinning, pointing at the walls of the burial chamber, painted with scenes of King Tut hanging out with the gods.

‘There is treasure behind those walls,’ he said.

And he told me. About the British and Japanese archaeologists whose recent surveys had detected something strange behind the walls of this burial chamber. Doors. Secret doors. Doors that may lead to previously unknown chambers.

I walked out of that tomb knowing what I would write next. I was too old to hunt for treasure, but I could tell stories about it knowing now that it was real. I was a father, and wanted my next book to be about a family on an adventure together. So how about a family of treasure hunters? A family that squabbles, but each of them has unique skills. A family that comes together in the deserts of Egypt to search for a lost tomb of a god.

Jake Atlas and the Tomb of the Emerald Snake is my next novel. It’s the treasure hunt I never went on, but always dreamed about. I hope you enjoy the adventure. Jake Atlas and the Tomb of the Emerald Snake

Tomb robber, treasure hunter, troublemaker! When Jake's parents vanish, Jake and his sister team up with shady tomb robbers to find them in the Egyptian desert in this riveting page-turning adventure by award-winning author Rob Lloyd Jones. The Atlas family is in trouble: Jake hides an addiction to stealing; his twin sister, Pan, has to conceal her genius, for fear of bullies. The siblings can't stop fighting - with each other and with their parents, stuffy professors of Ancient History. But Jake's and Pan's lives take a dramatic turn the day they discover the truth about their boring mum and dad. When the family go to Cairo on holiday, and Jake and Pan's parents mysteriously vanish, it's up to the twins to find them. They team up with shady tomb robbers, master high-tech gadgets and locate a lost tomb in this story of a family that finds itself in the deserts of Egypt. 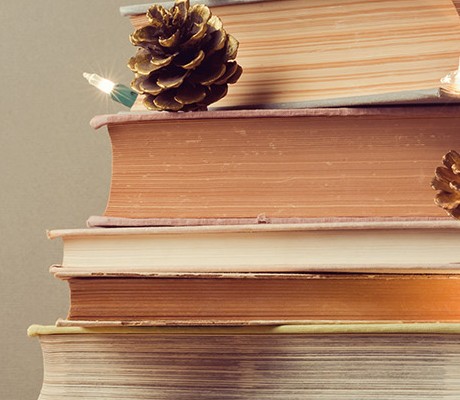 A Winnie the Pooh Story by Tilly Age 6