5 stars across 1 book
Philip Pullman is one of the most highly acclaimed children's authors of the decade. He has been on the shortlist of just about every major children's book award in the last few years, and has won the Smarties Prize (Gold Award, 9-11 age category) for THE FIREWORK-MAKER'S DAUGHTER and the prestigious Carnegie Medal for NORTHERN LIGHTS. He was the first children's author ever to win the Whitbread Prize for his novel THE AMBER SPYGLASS. A film of NORTHERN LIGHTS (THE GOLDEN COMPASS) was made in 2008 by New Line Cinema. He lives in Oxford. 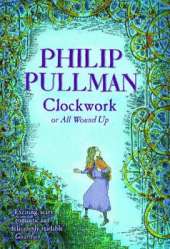 Tick, tock, tick, tock! Some stories are like that. Once you've wend them up, nothing will stop them ...A tormented appr... More