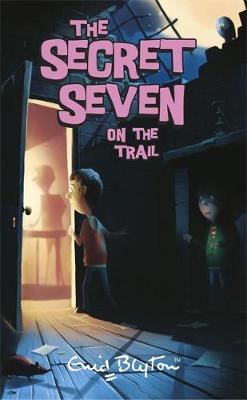 The Secret Seven are siblings Peter and Janet, and Jack, Barbara, Pam, Colin and George. Together they are The Secret Seven - ready to solve any mystery, any time - in Enid Blyton's classic series of 15 mystery novels. In book four, something mysterious is going on at Tigger's Barn, and the Secret Seven are intrigued. Peter thinks it's all just gossip, but Jack isn't so sure when he overhears a strange conversation. Looks like the Seven are on the trail of another exciting adventure. First published in 1952, this edition contains the original text and is unillustrated.

Enid Blyton Biography
Enid Blyton is one of the world's best-selling children's authors with sales of her books in excess of 500 million copies. She's also one of the most translated authors with her stories being published in over 40 languages. Her books still delight many young readers today and in the UK she sells more than one book a minute and m