Miles Morales must deal with the powers of a spider and the responsibility of a super hero. An exciting and original super hero novel written by Coretta Scott King award-winning author Jason Reynolds. Miles Morales has a secret. He's actually Spider-Man. Well, not the Spider-Man, but a Spider-Man. Pretty much the only Spider-Man in town now that Peter Parker is gone. Miles is doing his best to save the neighbourhood but it's getting to be too much. He's got more important stuff to worry about like girls, homework, girls, family and girls. Well, maybe just one girl. But when Miles uncovers a villainous teacher's plan to turn good kids bad, he will need to come to terms with his own destiny as the new Spider-Man. "Everyone gets mad at hustlers, especially if you're on the victim side of the hustle. And Miles knew hustling was in his veins." Miles Morales is just your average teenage. Dinner every Sunday with his parents, chilling out playing old-school video games with his best friend, Ganke, crushing on brainy, beautiful poet Alicia. He's even got a scholarship spot at the prestigious Brooklyn Visions Academy. Oh yeah, and he's Spider-Man.
But lately, Miles' spidey-sense has been on the fritz. When a misunderstanding leads to his suspension from school, Miles begins to question his abilities. After all, his dad and uncle were Brooklyn jack-boys with criminal records. Maybe kids like Miles aren't meant to be superheroes. Maybe Miles should take his dad's advice and focus on saving himself. As Miles tries to get his school life back on track, he can't shake the vivid nightmares that continue to haunt him. Nor can he avoid the relentless buzz of his spidey-sense every day in history class, amidst his teacher's lectures on the historical 'benefits' of slavery and the importance of the modern-day prison system. But after his scholarship is threatened, Miles uncovers a chilling plot, one that puts his friends, his neighbourhood, and himself at risk. It's time for Miles to suit up. Jason Reynolds is the author of critically acclaimed When I Was the Greatest, for which he was the recipient of the Coretta Scott King/John Steptoe Award for New Talent; the Coretta Scott King Honour books The Boy in the Black Suit and All American Boys (co-written with Brendan Kiely); and As Brave as You, his middle grade debut.
Likes Miles Morales himself, he currently lives in Brooklyn, New York. 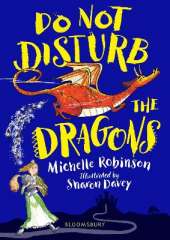 Do Not Disturb the Dragons 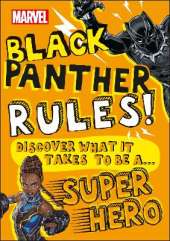 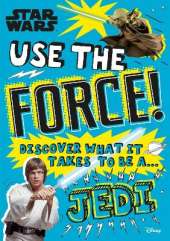 
No one has written a review for 'Marvel: Spider-Man: Miles Morales'

Do Not Disturb the Dragons

Jason Reynolds is a critically acclaimed American writer and poet and winner of the Kirkus Prize for Young Readers.