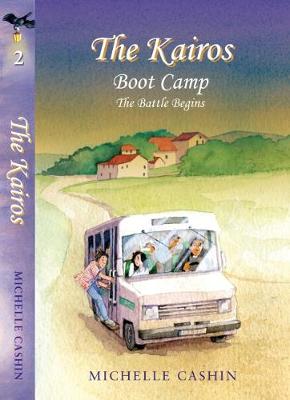 Boot Camp is, in essence, a continuation of the first book in this new series. Whilst all the action in the first book takes place during the Easter holidays, Boot Camp largely occurs over the week-long, half-term holiday. The author includes a hugely entertaining blend of gripping action, suspense, drama and delightful humour, which is sure to captivate and enthral the reader. With Joel's mum and Detective Smith newly engaged and a large wedding planned for the Summer, Joel is allowed to choose the family holiday destination for the half-term break. Naturally of course, Joel selects Morisco in Spain where his beloved Maite lives, even though she will no longer recognise him now that her memory of the Kairos has been erased. Joel is upset to find that Magee, the raven angel assigned to protect him, and with whom he had formed a strong bond, has been replaced by a pompous, wet-behind-the-ears rookie jay! The story develops in Spain with a group of young girls on a minibus, which is hijacked and includes, of all people, not only Maite but also the Crown Princess of Asturias, heir to the throne of Spain! Joel takes a massive risk in an effort to rescue Maite, along with her friends, and his life hangs in the balance as he attempts to leap onto the bus through the Vista in Heaven. The Vista is the transport gateway that the Kairos children use between Heaven and anywhere in the world, whilst the Fugue is the gateway to and from their own home base, which in Joel's case is the grassy plateau called Zionica, at Grandad's smallholding. There are again entertaining and humorous instances of ambiguous banter between Joel, Smith and the jay angel, with Smith thinking Joel's words are meant for him, whilst Joel is unaware that Smith is even listening. Joel ends up gate-crashing the disciplinary hearing in Heaven, instigated against Maggi and Magee by Maguff. More action follows at the palace in Spain during a masked ball where yet again Joel comes to the rescue of Maite, who is still oblivious of the close relationship they had at Easter. A tragedy, followed by revelations from Heaven and then a surprise visitor when Joel returns home, all add to the fast-paced adventures of Boot Camp, as Joel is amazed to discover that he is being trained and has actually been the subject of another Kairos child's mission! Again, through a fascinating, fictional story, perplexing true-life mysteries and issues are succinctly explained with wonderful clarity, unravelling centuries of false beliefs and ideas that have been responsible for untold trouble in the world. Many adults have, over the years, searched, often in vain, to comprehend such mysteries and yet the author of the Kairos explains these so simply that even children could understand. That this is a page-turner, there can be no doubt. Indeed, one could almost believe that the author had herself been to Heaven and visited the throne room of the Creator of the universe. Could the author actually have been a Kairos child herself? For that matter, could you? The third Kairos book is eagerly awaited. 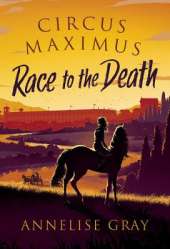 Circus Maximus: Race to the Death

BOOK OF THE MONTH: A gripping adventure for ages 9+, set in the ancient Roman world by up and coming debut author, Annelise Gray. 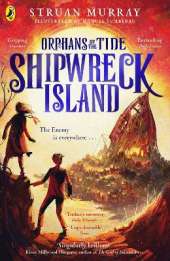 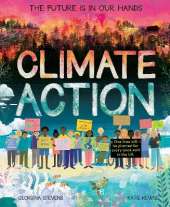 This is Book 2 in the The Kairos Series. See all The Kairos books here.


No one has written a review for 'The Kairos: Boot Camp, The Battle Begins'

Circus Maximus: Race to the Death

BOOK OF THE MONTH: A gripping adventure for ages 9+, set in the ancient Roman world by up and coming debut author, Annelise Gray.

Michelle Cashin has spent considerable time developing this series and the third book will shortly be available. Michelle has already been stopped, whilst shopping, by older children telling her they are reading the Kairos for the second time and quizzing her about what will happen to certain characters next. Families have even demanded to know when the nex