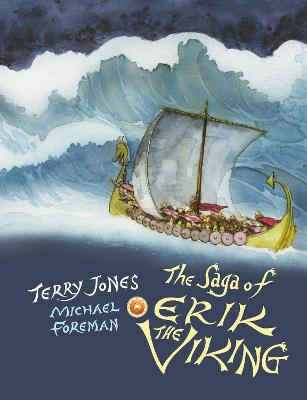 The Saga of Erik the Viking

The Saga of Erik the Viking Reviews | Toppsta

As Erik and the crew of The Golden Dragon set off in search of adventure, little do they know that their courage, skill, strength and stamina will all be tested to the extremes...

The Saga of Erik the Viking Reviews | Toppsta

Terry Jones is perhaps best known as a scriptwriter and member of the Monty Python team. He is a successful historian, performer, director and writer for film, radio and television. His children's books have been enormously popular, including Bedtime Stories, The Knight and the Squire, The Lady and the Squire, Nicobobinus and The Saga of Erik the Viking.

Michael Foreman is one of the most talented and popular creators of children's books today. He has won the Kate Greenaway Medal twice and his highly acclaimed books are published all over the world. He is married and has three sons. He divides his time between St Ives in Cornwall and London.