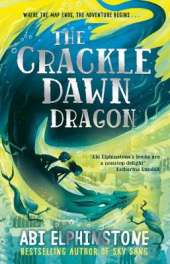 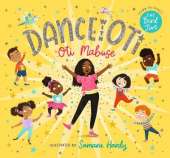 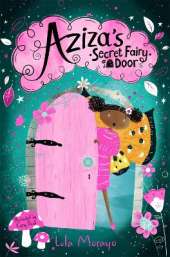 Who doesn't love reading about broken, oppressive societies? I know that I do. Some of the best books have come from the dystopian genre (not just The Hunger Games) and here are 10 of them to get you started. It is the flagship of all dystopian novels so if you haven't read it yet, what are you doing? The action is thrilling, the characters are convincing, and most importantly the scenario is plausible. Its immediate and prolonged success is no doubt due to the strong female-protagonist, Katniss Everdeen who is an icon and even idol to many. In short, you should read it sooner rather than later. Yet another original leader of the dystopian genre, it puts teenagers into a similar scenario to that of The Hunger Games: they must fight an oppressive system to win their freedom. The books do an excellent job of creating mystery, we only know as much as the characters do which masterfully keeps the reader engaged and begging to discover what happens next. Be prepared to disrupt your sleeping pattern as these books won't allow you to put them down. A modern classic with a strong and emotionally investing protagonist in the form of Tris, who with a little help from her friends shakes the very foundations of her tyrannical society. The characters, plot and pace are sure to captivate every fan of the Hunger Games, while providing an original take on dystopia. While the action, romance and twists leave nothing awry in this well-crafted series which runs in a very similar vein to that of The Hunger Games. Malorie Blackman did not become Children's Laureate without her thought-provoking plots or unique point of view. Noughts and crosses showcases all of these talents, it provides a stimulating alternate look at racism and prejudices through a society with a dark-skinned ruling class and "colourless" underclass. But Sephy and Callum's affection knows no racial boundary. It is a saddening novel that gives a very real insight into the futility and pointlessness of racism and hate. The Knife of Never Letting Go

Imagine a world where every single thought you have can be heard by others, this is Todd's reality. In Ness' trilogy if you are male privacy no longer exists, an ingenious concept by all accounts which has been tailored into modern dystopian brilliance. Only Patrick Ness with his unique writing style could bring such a seemingly difficult concept to life and through his expertise provides an entirely different take on the reading experience that will shock you and leave Chaos Walking as a firm favourite. Reeve vividly creates a steampunk world where cities and towns are mechanized and on wheels. The bold premise makes for an exciting series which truly transports you into its universe and lore.  The characters are fully-fleshed out leading to a likeable bunch who we become rather emotionally invested in throughout their toils. But the cities must fight to remain which gives the series a Darwinistic aspect which leaves none of the characters safe. John Christopher envisions a desolate alternate timeline where we have been invaded and the onerous tripods rule over humanity. Christopher is a master of fantasy and he shows his skill through this dystopian series. Humanity's future now lies in the hands of a small band of rebels who must fight against their tyrannical rule, this all consolidates to give a fast-paced and exciting dystopian sci-fi trilogy. Rebel of the Sands

With simply sublime world-building and even more importantly plenty of intense magic battles, this jaw-droppingly formed novel is one of the most notable books from the last few years. Just don't wait to immerse yourself in the unique setting and culture of Hamilton's masterpiece! The Memoirs of a Survivor

Wildly underrated, The Memoirs of a Survivor is widely unheard of but deserving of classic status. Set in a post-apocalypse wasteland, the city is run by gangs and all forms of government have broken down. The unnamed protagonist must raise a child by herself, the book provides a dark and surreal glimpse into a future where society has all but disintegrated and provides an interesting look at what human interactions and relationships would be like in such a situation. It is no wonder that Lessing was awarded the Nobel Prize for literature. a timeless H.G. Wells classic, where a time traveller goes 800,000 years into the future and what is left of his world shocks him. Charming, exciting and intriguing, this early entry to the dystopian genre has doubtlessly influenced many later novels. Wells' scientific speculation in the book can be seen as visionary, predicting harsh rises of temperature in the future and giving contemporary readers a sobering warning about climate change and global warming.