0 stars across 2 books
Born in 1926, Joe Kubert began his comics career at the age of eleven as an apprentice in Harry "A" Chesler's comic book production house. He worked in the industry for the rest of his life, and in his more than sixty years in the field he produced countless memorable stories for countless characters, including DC's Hawkman, Tarzan, Enemy Ace, Batman and the Flash. Kubert also edited, wrote and illustrated the DC title SGT. ROCK, which, beginning under its original title OUR ARMY AT WAR, he contributed to for thirty years.
In 1952, Kubert was a principal in the creation of the first 3-D comic book ( Three Dimension Comics Vol. 1, No. 1), and his pioneering development of 3-D comics continued with the early appearances of what would become his best-known creation -- a heroic caveman named Tor and his adventures "One Million Years Ago." Kubert was also one of the first creators to embrace the long-form version of comics that became known as graphic novels, with his first two works in this medium being a graphic novel of Tor and the war adventure Abraham Stone . In 1996 he produced Fax From Sarajevo , a gripping graphic narrative that earned him accolades in the mainstream and trade press alike. He followed that success with two more historical graphic novels -- Yossel: April 19, 1943 (2003) and Jew Gangster: A Father's Admonition (2005) -- as well as crafting two new adventures for DC's iconic soldier with SGT. ROCK: BETWEEN HELL AND A HARD PLACE (2003) and SGT. ROCK: THE PROPHECY (2007).
Kubert was also a pioneer in the realm of comics education. In 1976 he founded the first accredited school devoted solely to the art of cartoon graphics: The Joe Kubert School of Cartoon and Graphic Art in Dover, New Jersey, which has since produced many of today's leading cartoonists. Pursuing this educational path further, in 1998 he established a series of correspondence courses under the banner of Joe Kubert's World of Cartooning, and in 1999 Watson-Guptill published his book Superheroes: Joe Kubert's Wonderful World of Comics , a guide to the art of creating powerful comic book characters. Two of his five children, Adam and Andy, have also achieved great popularity as comic book artists.
Joe Kubert passed away on August 12, 2012. 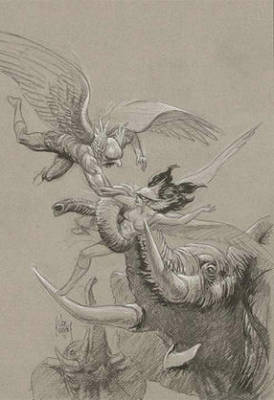 For over seven decades, Joe Kubert helped create some of the most memorable characters and stories in history. Now, ... More 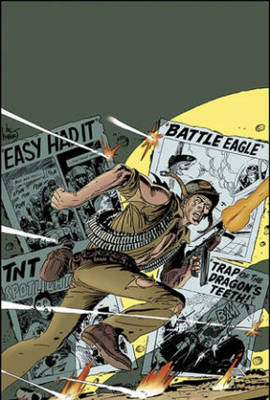 Joe Kubert illustrated tales of war like no one else, infusing them with a gritty realism. This new title collects some ... More